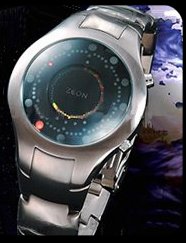 WHY IS TIME IMPORTANT TO SCIENCE?

Frequently described as the fourth dimension, time is important to scientific observation because the events that

scientist attempt to measure and explain all occur within a time frame. However, we know from Einstein's Theory of Relativity

that there is no standard or absolute time frame, because time can be defined only by measurement.

The measurement of time is based on reoccurring natural phenomena. For example, a year is defined as the amount of time

it takes for the Earth to make one complete revolution on its axis.

The year and the day are then broken down into more arbitrary units~Months Hours, Seconds, and so on.

THE SUN AND THE SUNDIAL

Sundials were the most common way to tell time before the invention of mechanical clocks.

The motion of the Sun across the Earth's sky was measured at least as far back as 3500 B.C., using a gnomon

the vertical rod on the horizontal surface.

By the eighth century B.C, the Egyptians developed a smaller, crude sundial that was divided into six segments.

About 300 B.C, the Babylonian astronomer Berosus built a hemicycle~a wood cube divided into 12 segments, with a pointer

at its center~to tel time by the Sun.

The Tower of the Winds in Athens, which dates to about 100 B.C., once housed eight sophisticated Sundials with backup

mechanisms (usually run by water) in case it was cloudy.

As demands for more exact time-keeping increased, sundials made way for Sand hourglasses and graduated candles.

The mechanical clock gave scientist the ability to quantify their data

with new precision, measuring reoccurring the time sequences in experiments. Galileo Galilei was one of the first to measure

time in a scientific experiment: He explained the motion of falling bodies by carefully timing balls rolling down an inclined plane.

Galileo was also the first to suggest that a swinging pendulum could be used to keep time.

The advent of the mechanical clock was one of the most important technological developments in Western history.

Though there were crude mechanical timepieces in CHINA between the eleventh and thirteenth centuries, this type of timepiece rapidly developed in Europe by the fourteenth century.

Solar Time
The apparent motion of the Sun across the sky has long been used as a basis for measuring time. Under solar time, at any given

locality it is noon-twelve o'clock in the daytime, or midday-when the SUN reaches the highest point in the sky.

A meridian is an imaginary line that stretches from pole to pole on Earth's surface.

A meridian is also known as a line of longitude (see Latitude and Longitude).

The interval between successive passages of the Sun across the same meridian is one day, and this

day is by custom divided into 24 hours.

The amount of daylight in a day varies throughout the year, based on the tilt of Earth's axis and its orientation to

the Sun as the seasons change (see Season).

For the same reasons, a day in solar time is not always 24 hours long.

The difference in the length of the 24-hour day during different seasons of the year can amount to as much as 16 minutes.

With the invention of accurate timepieces in the 17th century, this difference in the length of the day became significant.

To overcome this problem scientists invented mean solar time, which is based on the motion of a hypothetical

sun traveling at an even rate throughout the year.

Universal time is simply the mean solar time measured at the Greenwich meridian, which is designated 0° longitude and from

which the longitude of all points on the surface of Earth are measured.

The meridian passing through the original site of the Royal Greenwich Observatory in Greenwich, England, has been recognized

by international agreement since 1884 as the prime meridian.

Universal time is used to denote solar time when an accuracy to about one second suffices.

Because the basis of mean solar time relates to the motion of a hypothetical SUN, scientists established a base position from

which the mean time is calculated.

This base position is the vernal, or spring, equinox (see Ecliptic), an imaginary point in the sky that is, nevertheless, calculated

with great accuracy by astronomers

Practically, scientists define the location of the vernal equinox by reference to the position of the "fixed" stars.

1. This unique Timepiece will help you read Time in a very enjoyable way. Rotations of Lights are represented in this Timepiece so you can monitor the SUN inside your Watch every Hour, Minute & Second.

*SolSuno*Timepiece is a wonderful symbiosis of Ancient Science & Modern Technology.

With its coloured lights circling the dial, the watch recalls and suggests light emitting

celestial bodies going around in our Solar System.

It connects us with both extreme dimensions of the universe;

the infinitely small dimension of the electrons

spinning around the nuclei of atoms, and the infinitely large dimension of

the stars gravitating around the galaxies.

exist in space and deep inside the structure of matter.

ENJOY READING TIME WITH YOUR

All Logos/Trade Marks in this website are property of their respective owner.
Website Design By SolSuno Ltd. © 2000 All Rights Reserved